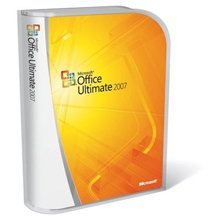 In case you missed the news a few days ago - Microsoft is offering full, legitimate copies of Office 2007 Ultimate to students for $60 from now until April 2008 through a promotion called "The Ultimate Steal."

A number of universities offer free MSDNAA subscriptions to students, which include licensed copies of several Microsoft apps, but Office is not part of the package, so this is a good way to get the missing piece on a student budget.

A retail copy of the full suite costs over $600 on Amazon, and even the discounted "Home and Student" edition (which only includes Word, Excel, Powerpoint and OneNote, but surprisingly not Outlook!) would set you back ~$120. This is a fantastic deal if you're eligible.