As I was skimming through my feeds in Google Reader today, I paused to read this piece in the New York Times about the Indian government's plan to force internet companies like Google, Facebook, and others to pre-screen and censor content posted by users on their websites. It's ironic (and sad) that such a story would appear in a section of the Times called "Notes on the World's Largest Democracy."

What's more unfortunate is that this appears to be a growing trend across the world -- China is well-known for its "Golden Shield Project" (more appropriately known as the Great Firewall of China); Pakistan was in the news recently for its attempt to censor the contents of text messages; the SOPA bill introduced into the U.S. Congress made waves all over the web last month. The list goes on.

The internet and social media have made it possible for information to spread freely and rapidly, and corrupt politicians all over the world are terrified of the power that this puts in the hands of the people. Kapil Sibal, the acting telecommunications minister in India, openly claims that a Facebook page criticizing the Congress President, Sonia Gandhi, is "unacceptable," and that Facebook should be responsible for actively monitoring and blocking such content. Besides the obvious technical challenges involved in achieving something like this without expensive manual human intervention, the whole idea of preventing people from posting their thoughts on public forums is just plain wrong.

Kudos to Google, Facebook, et al for sticking to their guns, protecting their users, and doing the right thing. 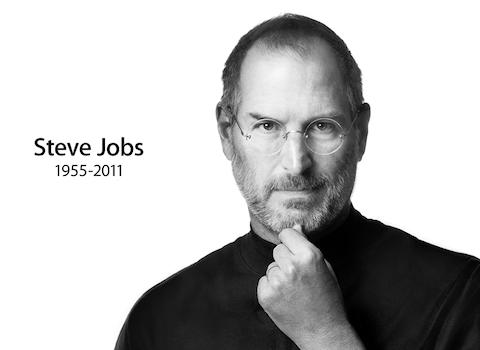 The Decline of Television...

When I was younger, I used to hear the word "idiot box" being used to refer to the television quite often. I haven't heard the term recently, but I think it's more applicable today than it's ever been.

As the years have gone by, there's been an explosion of television shows and channels, and we're now at a point where it literally takes several minutes to scroll from one end of the "channel guide" to the other. But in this insatiable quest for quantity, I feel like television networks have forgotten the meaning of quality content. Go ahead; turn on your television right now, and think about how many of those 1000+ shows are actually worth your time. Yeah, I thought so.

On one hand, we've been hit by the "reality television" plague, with shows that would make any reasonably intelligent human being want to cry. And then, we've got the so-called "news" networks, most of which are fear and propaganda machines that get fixated on and drum up the same inane topics for days, weeks, months...

So last week, I cut the cord. When our "triple play" package discount ended, and I realized that we hadn't turned on the television for nearly a month, I knew it was time. People I spoke to who had already done so affirmed that they didn't regret it one bit.

Now don't get me wrong -- in the vast ocean of mediocrity, I still think there's a handful of really good stuff; the needles in the haystack, so to speak. But there's no reason to fork over obscene amounts of money to your cable company every month in order to get that content. The seeds of change are already being sown -- it's now possible to (legally) watch a lot of this content online, on-demand, via services like Netflix, Hulu Plus, iTunes, and even some of the networks' own websites. And devices like the Xbox, PS3, Apple TV, Roku, etc. make it dead simple to watch this content on your big screen TV from the comfort of your couch. The only missing piece right now is reliable/legal access to live sports content.

A combination of on-demand, a-la-carte access to shows that viewers care about, along with, perhaps, subscription packages for sports events would be an ideal future for television programming, in my opinion. The sooner the networks get on board the better it's going to be for everyone.

Three short years after my post about the need for a central software repository in a mainstream operating system, Apple has gone ahead and done it. The huge success of the iOS App Store model has prompted Apple to create a similar App Store for its upcoming version of Mac OS X.

As an iPhone user for the last three years, I've had mixed feelings about the App Store model of software distribution. Or rather, with Apple's implementation of it. On one hand, the approval process that an application has to go through before it makes its way into the Store ensures a certain baseline level of quality for users, at least in theory. On the other hand, it also means that the decision on whether or not you can install a third-party application on your device lies in the hands of one entity -- and it's not you, it's Apple.

One of the key distinctions between Apple's App Store implementation on iOS versus Mac OS X is that "jailbreaking" aside, the App Store on iOS is your one-and-only source of third-party applications, whereas on OS X, the App Store is just one of the ways to download and install third-party applications. This is important, because it means that Mac users get all of the benefits of the App Store model (such as centralized searching and billing, automatic updates, quality control, etc.)  without any of the restrictions that come with the iOS implementation. This is great for independent developers and end-users. And Apple gets its cut every time an application is sold. Everyone wins.

Has Microsoft realized this yet? How long before something like this shows up on Windows?

Three years ago, I set up an Exchange 2003 server with the goal of having a single, unified mailbox, calendar, and address book that would always remain synchronized across my computers and Windows Mobile smartphone. The setup has held up really well with very little maintenance all these years, and it continues to work seamlessly even with the iPhone 3G that I bought last year.

But there's one thing I was never quite happy with -- Outlook Web Access (OWA), the Exchange web-mail interface. If you're using any browser other than Internet Explorer, OWA falls back to a clumsy, limited-functionality version. While cross-browser support has improved somewhat in OWA 2007 (which I tested in a virtualized environment recently), it's still not quite where I'd like it to be.

When it comes to web-based email, I consider Gmail the shining star -- the UI is clean and simple, navigation is blisteringly fast, and its threaded messaging implementation is a killer feature. Offline access to Gmail and Google Calendar is now possible using Google Gears. iPhones and other smartphones can synchronize with Google Contacts and Calendar using the recently released Google Sync service (which, interestingly, happens to use Microsoft's Exchange ActiveSync engine to "push" updates back and forth). The only missing piece is "push" Gmail, and that might be coming soon too.

So the question is -- in the coming months, will the Google Apps suite finally be a truly viable, free alternative to small-scale Exchange Server installations like mine?  I think so. After all, it's well on its way towards becoming something like a hosted Exchange account with a vastly better web-mail interface. If and when "push" Gmail does become available, I'll definitely be giving it a very close second look.